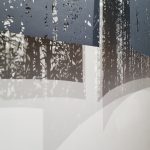 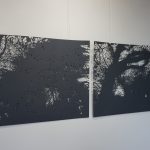 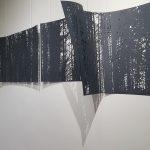 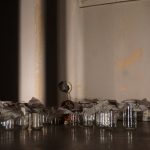 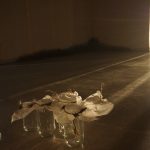 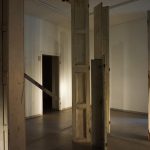 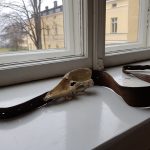 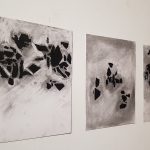 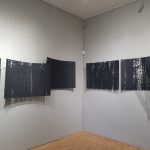 Mignon is a minor character in Goethe’s book Wilhelm Meister’s Apprenticeship. The book exerted enormous influence on 19th century thought as the first bildungsroman, and the Mignon character became an archetype for the displaced child. Four songs in the book – in which she sings of her sehnsucht, themes of displacement and secrets of her genesis – have been set to music by numerous composers, including Schubert, Schumann, Liszt and Wolf. The character has inspired writers and musicians alike to explore this quintessentially Romantic concept of sehnsucht – a state that exists more for itself than toward any immediately definable object – as well as the other complex layers represented by prepubescent Mignon.

The work builds on a collaborative project with Swedish musician Cecilia Josefson, in which the two investigated Sami psychiatric hospital treatment in Finnmark, Northern Norway. Their film, screened in the project room, takes us through hospital corridors to the desolate landscape of Finnmark. The inclusion of the film in this exhibition, in this gallery, an old psychiatric hospital, suggests resonances between global- and psychological- displacement. It lifts the role of nature in healing for our attention.

Robins uses simple materials, familiar objects and their shadows to nudge us into questioning our preconceptions about our relationships with place. Hair, a potent symbol of power and beauty, arouses feeling of disgust when removed from the body and lying on the floor. An installation of old Georgian shutters create a spatial dialogue between two separate rooms with their own looming shadows in one room. A beam of light penetrating through the shutters, into the darkened other space – ‘Madhouse’ – references the special architecture of the 19th Century building which allows a beam of sunlight to penetrate from one side of the building to the other.

A frieze of black paper cut outs, suggesting a narrative sequence, traces forests of trees in silhouette, gradually changing from the Nordic Sitka spruce to deciduous trees, native to Ireland, tracing the changes, seeking the homeland.

What persists is a dialogue around the stateless condition, around nostalgia and the idealisation of the homeland or the innocent childhood.

Thanks to Culture Ireland, Galway Co Council and The Embassy of Ireland in Finland for their support of this project.